So you know those crazy air balloon pictures you see in a mythical place called ‘Love Valley’ that’s all over the internet? Well, I am happy to say it is not mythical, because I was lucky enough to go explore it myself. Don’t get me wrong, even when I got there I was questioning if I just had an Oculus Rift on. It was stunningly beautiful and I am so happy to share my experience.

My friends Emily, Jacob and I all stayed in the Melek Cave Hostel in Göreme, Cappadocia; a volcanic landscape sculpted by erosion. It is known as ‘fairy chimneys’ and it’s truly incredible to look at. I felt like Bilbo Baggins would for sure jump out at some point.

Our day started at 3:30am and we were picked up by a big white van. We were then dropped off at a tourism office/ restaurant and had breakfast of boiled eggs, bread, cheese, cucumbers, and tomatoes. A very typical turkish breakfast with black tea to go along with it. At 5am we were then brought to the mythical Love Valley.  The first thing you notice is how quiet it is. Living in NYC you really learn to appreciate the silence.  All of the balloons were lying on the ground slowly being inflated by 2-4 men. We then hopped in the basket and up we went.  After 20 minutes of being in the air, the sun started to show its beautiful, warm face over one of the large rock formations. The ride lasted about 1.5 hours and as we landed we were greeted with Champagne and chocolate covered strawberries.

After the ride we went back to our hostel and had another breakfast, because why not? At 9am, we were picked up by another big white van and went on a 9 hour bus ride tour.

Here is the list of places we went to in the 9 hours:

Our tour guide was pretty awful but even that couldn’t take away the fascinating sights that we got to see.  The Monastery was carved by monks in the 13th century and it was by far my favorite. For all you Star Wars fans out there, the sand people scene in the original movie was going to be filmed there but due to some unknown political reason, only the scenery was shot there. The action shots were recreated in Tunisia.

Once the tour was over we walked into the small town of Göreme and had our last dinner of Lamb kebabs,  sun-dried tomatoes, curry, and of course an assortment of bread. 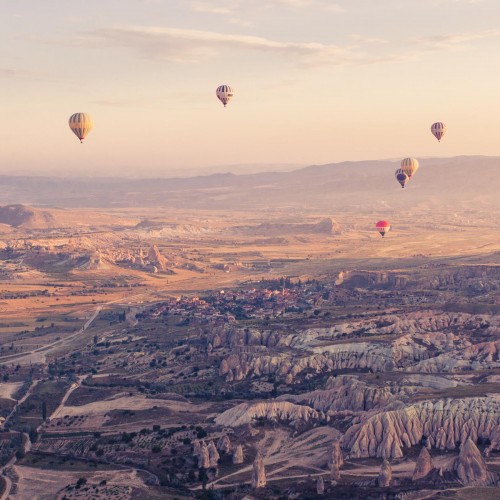 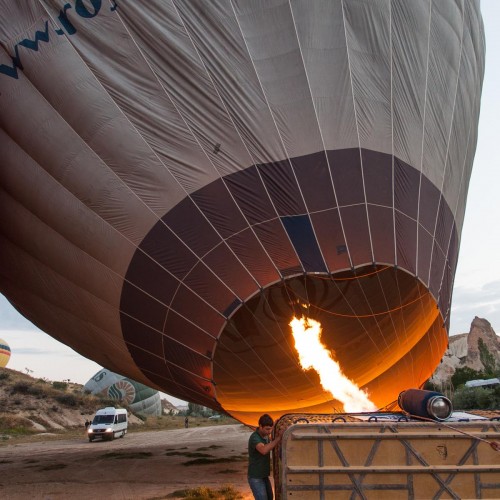 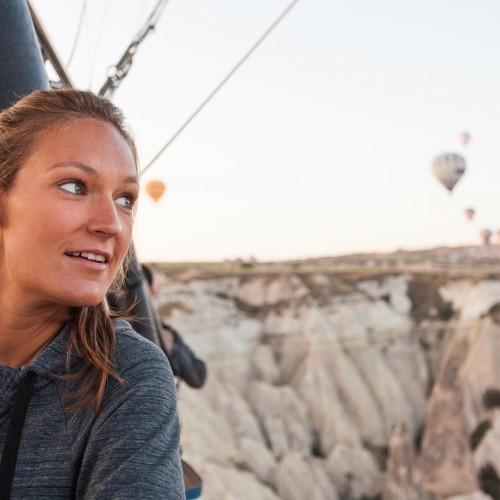 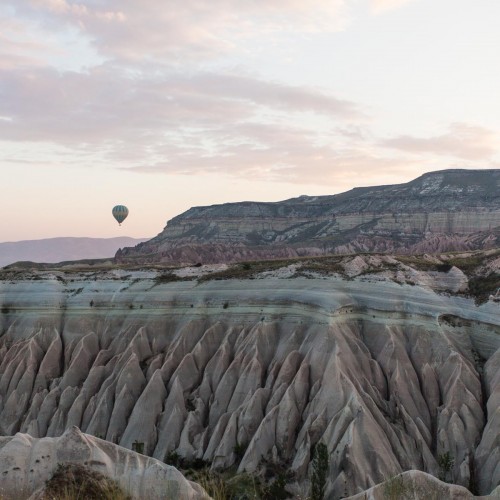 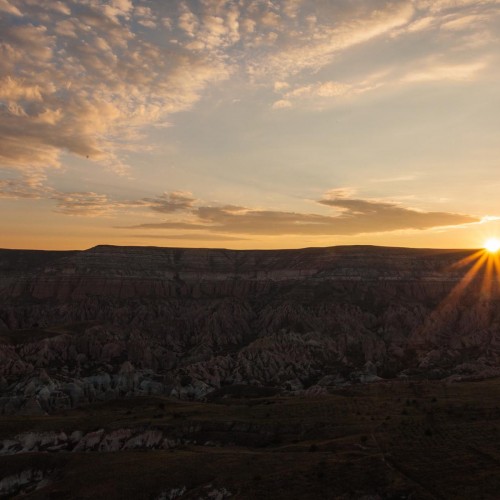 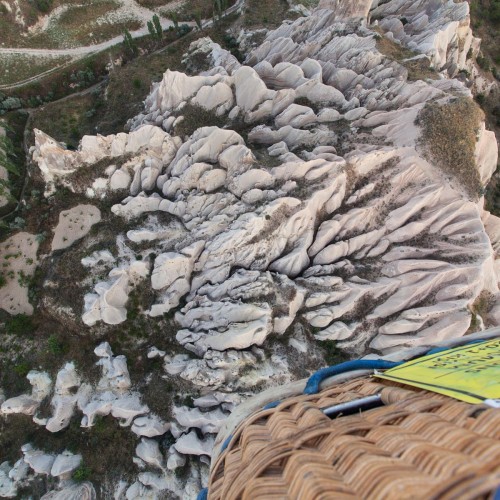 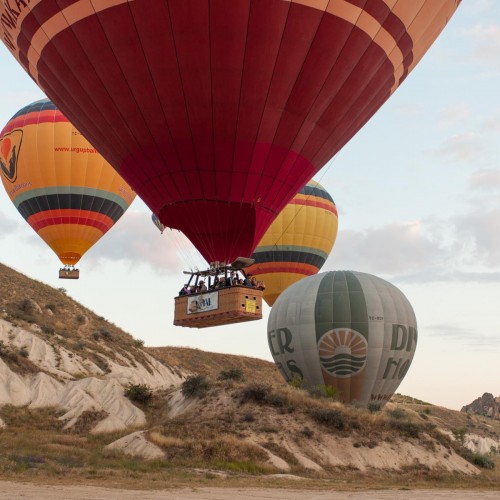 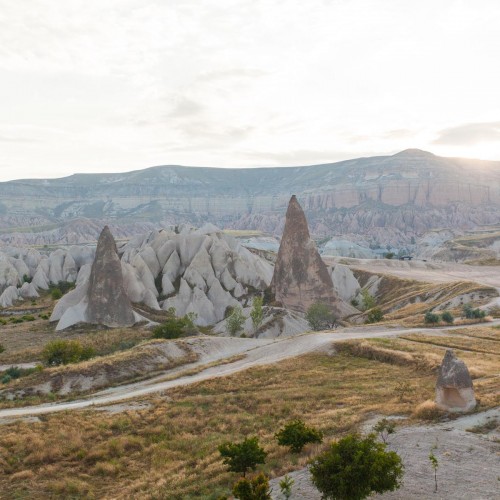 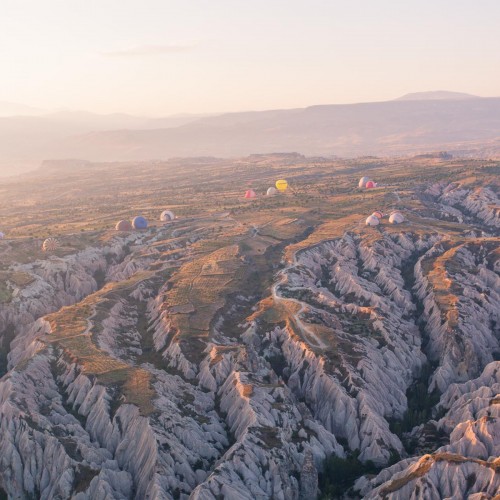 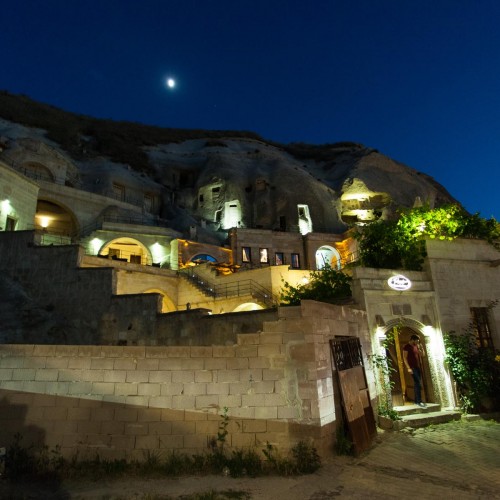 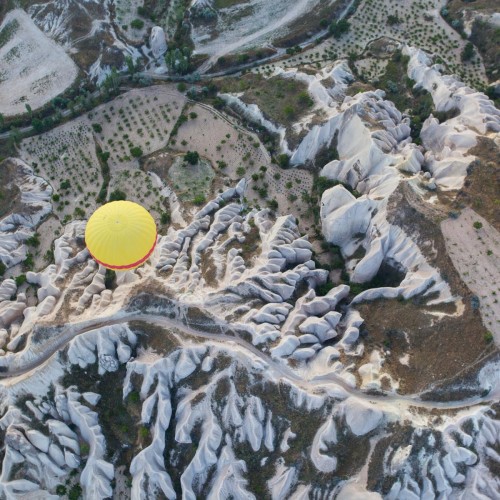 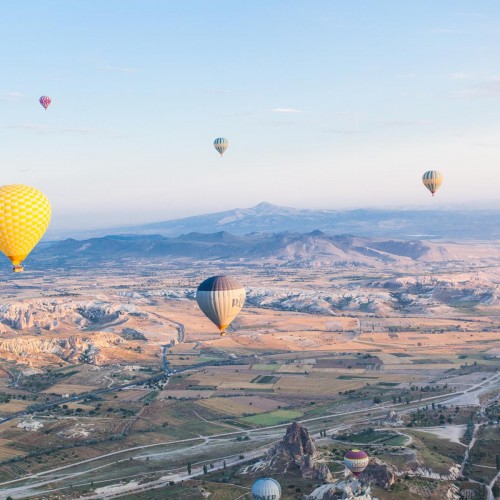 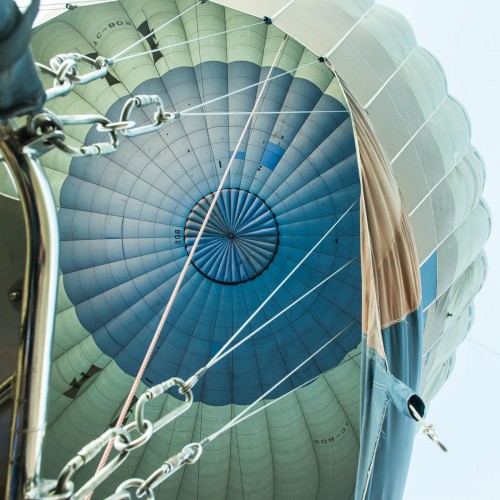 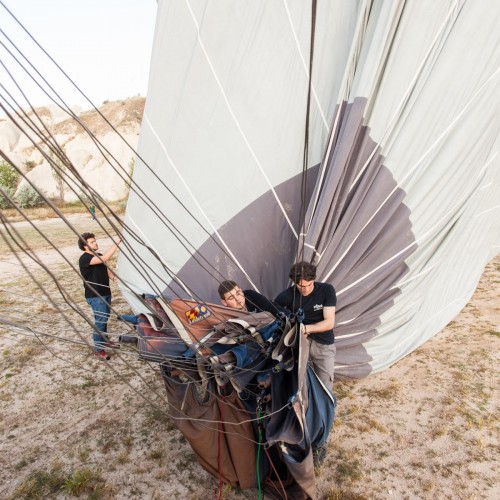 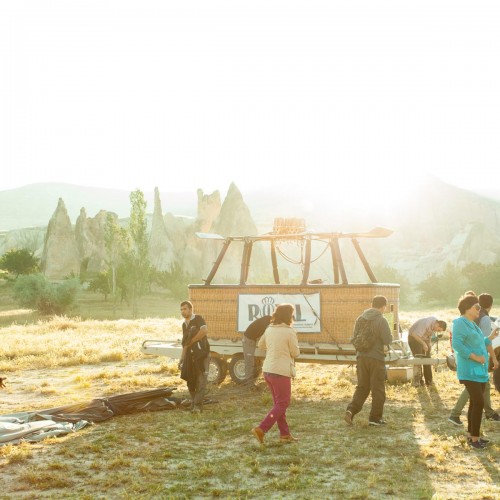 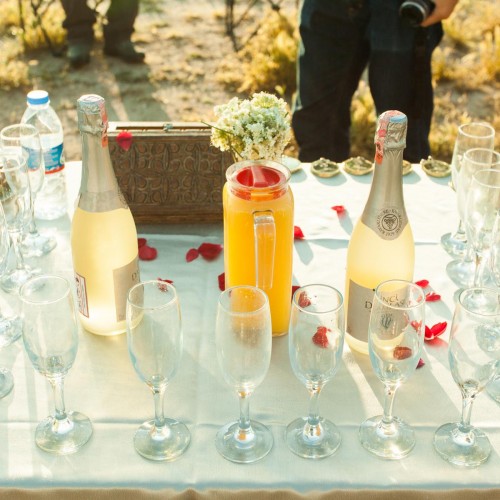 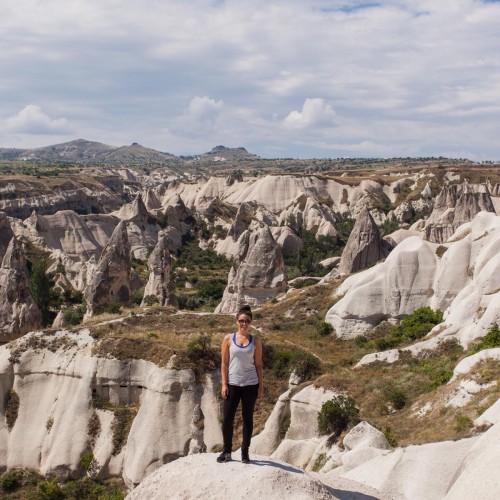 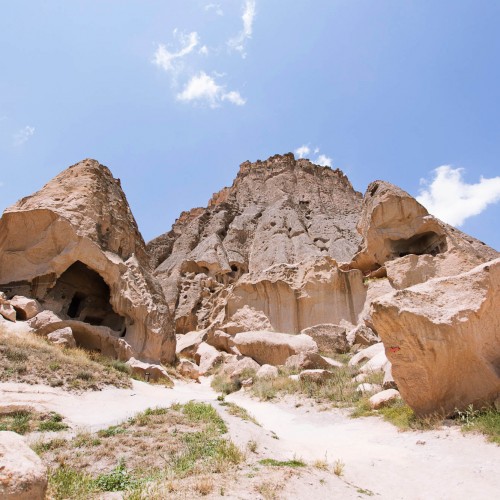 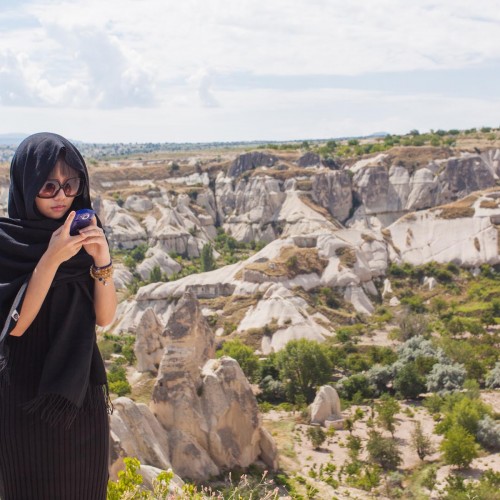 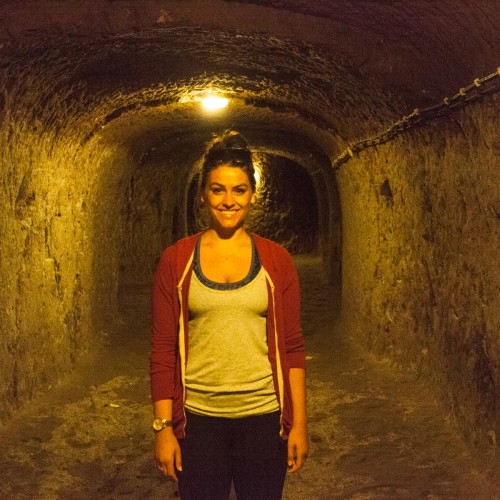 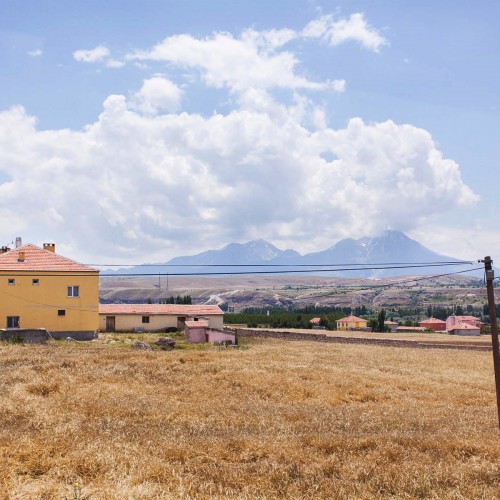 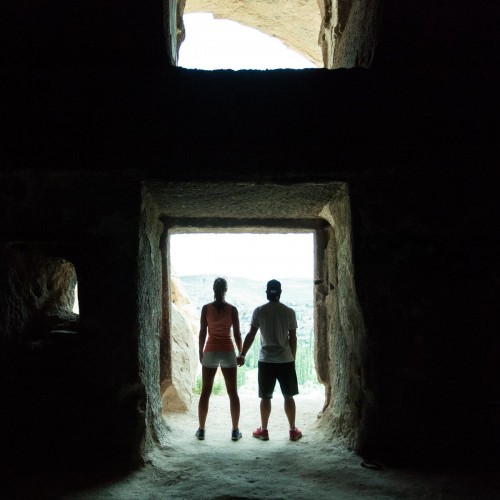 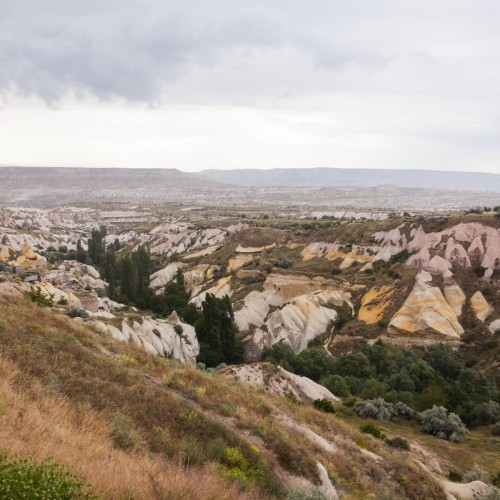 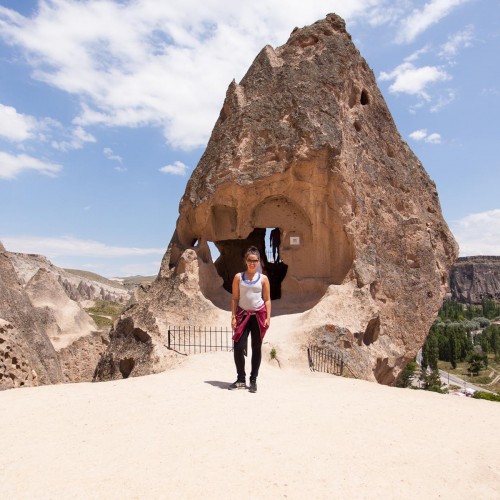 Gypsy at heart, camera in hand. Join me here on my blog to see the world from my perspective.